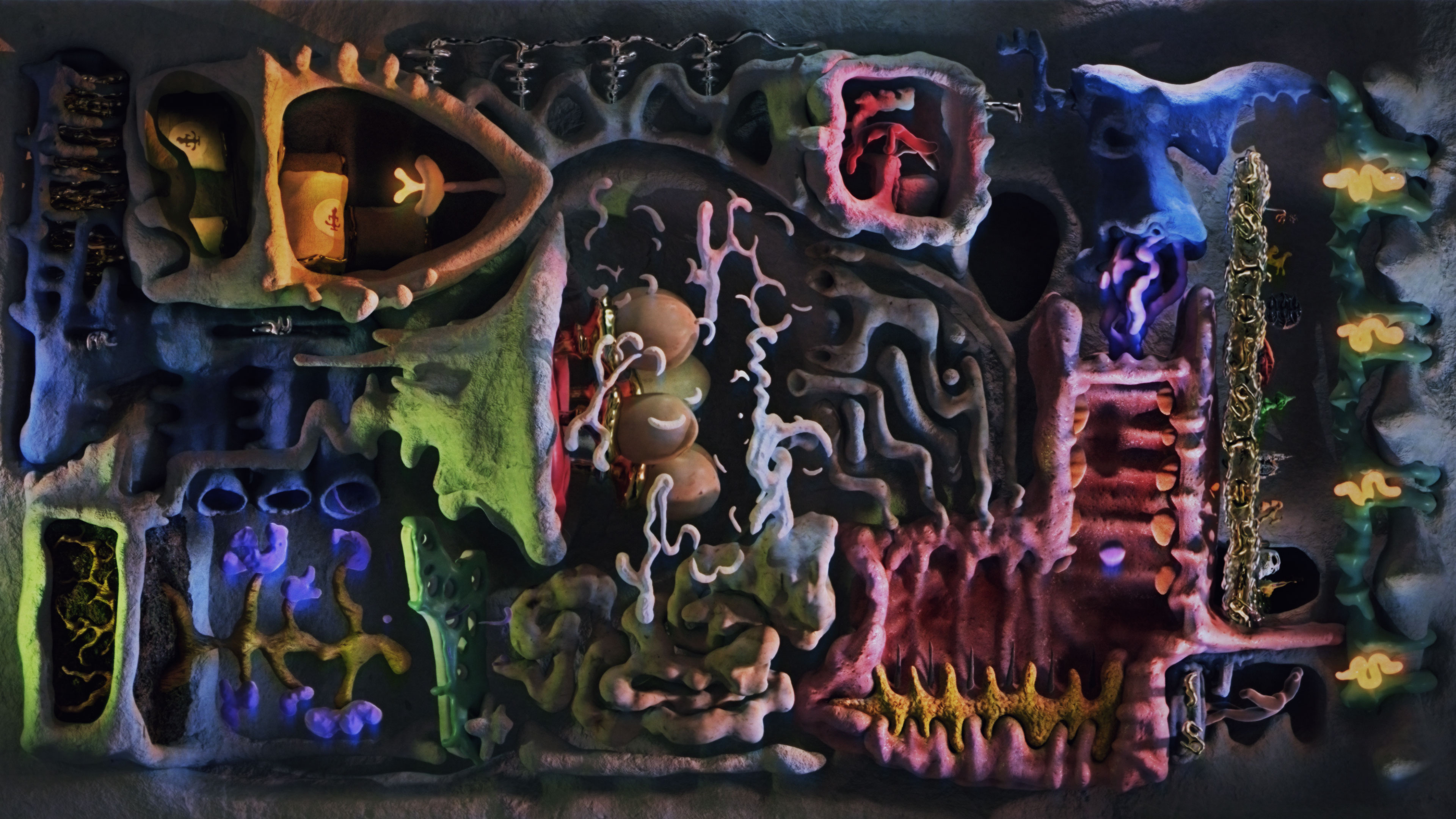 A surreal facility where old digital works from unfinished or canceled projects are broken down.

Most digital artists understand the frustration of creating work that never ends up being used. It is a strange feeling to create something that does not exist in our world, that has no physicality and is ultimately a series of hand-crafted 1s and 0s. Many digital artists work commercially to support themselves, creating large volumes of work that are never used and eventually forgotten about. Regardless of how much time it took to create the work, there is no physical reminder of its presence, no moment in which you have to bring it outside and throw it away. These digital objects simply vanish at the failure of a hard drive or a lapse in memory. It’s interesting to imagine the fate of these objects, the futility of having created them, and their not-so-glamorous departure from the digital world. Simultaneously memorialized and meaningless, this piece imagines the surreal void these objects disappear into.

In GBW’s opinion, 3D work often lacks warmth and human nuance. Using bezier curves and mathematical generation techniques, these forms often turn out rigid, lacking rhythm and motion, their geometric perfection leaving them with a lifeless industrial quality. This quality of 3D art can never be escaped, thus Nature’s Course, attempts to reconcile the tension between these two approaches. The human approach is embraced through 3D-tracked motion to create sculptures in virtual reality and through creating meticulous frame-by-frame sculpted animations. The computational approach is leveraged through “cloning” many instances of these sculptures, animating them with oscillators and generative noise patterns, the tiling of procedural textures giving them a realistic materiality. Mixing multiple frame rates, these contrasting approaches come together to exist in the same ecosystem.